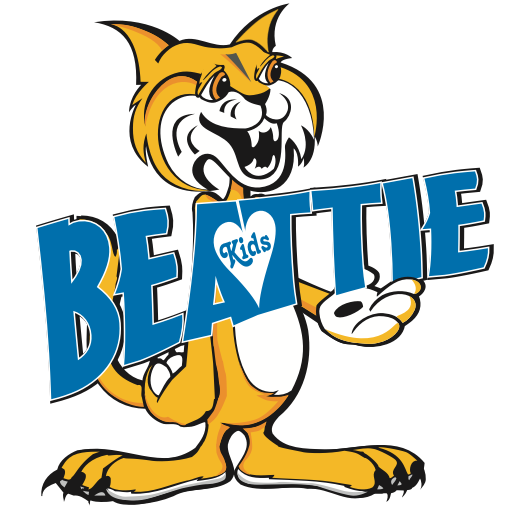 Beattie Elementary School
TLC: Teaching, Learning and Caring for ALL

The Parent/StudentVUE portal is a component of the LPS Student Information System that allows parents/guardians to:

Fifth grade artist McGinness Schneider was selected by Art teacher Mrs. Weber to visually represent Beattie in the “Annual Lincoln Public Schools Traveling Banner Exhibit.”  He was inspired by the street names of the Beattie neighborhood and the Native Americans that once lived here.  The Banner is titled “Spirit Animals.”  This banner will begin its two year tour at Wells Fargo Bank downtown in March.  After March the exhibit will travel to different Lincoln locations.  At the end of the two-year rotation it will return to Beattie for permanent display.

Find our current and past newsletters here